The final will be hosted under lights at the MCG on 13 November 2022. The semi-finals will be hosted at the Sydney Cricket Ground and Adelaide Oval on 9 and 10 November, respectively.

The tournament will begin with a 6-day group stage to determine the final four teams to qualify for the Super 12.

Sri Lanka and Namibia will be joined by two further qualifiers in Group A, with West Indies and Scotland drawn together alongside two additional teams from the Global Qualifier in Group B.

The winner and runner-up team of both Group A and Group B will qualify for the super 12 of ICC T20 World Cup 2022.

Those A1, A2, and B1, B2 are the teams to be qualified from Group A and Group B of the first round.

Here is the T20 World Cup 2022 Practice Match (Warm-Up) Schedule before the Qualifier and Super 12 matches, to start from October 10, 2022 in Junction Oval, Melbourne.

England, New Zealand, Australia, and Afghanistan have been drawn together in Group 1, with India, Pakistan, South Africa, and Bangladesh heading into Group 2.

The top two teams from each group of Group 1 and Group 2 will advance to the semi-finals of the ICC T20 World Cup 2022.

Super 12 group 2 of the ICC T20 World Cup 2022 will kickstart with the arch rivalry India and Pakistan match. Notably, in the last world cup edition, Pakistan trashed India in the group match where India was eliminated from the tournament without qualifying for the semifinals.

The two semi-finals of the T20 World Cup 2022 are scheduled to play on 9th and 10th November respectively. The 2 semi-finals have a couple of reserve days before the finals.

The final of the last ICC T20 World Cup is scheduled to play on 13th November 2022. The 14th of November(Monday) has been announced as the reserve day for the finals.

2010 T20 World Cup winners – England will play their first match of the tournament against Afghanistan on October 22 in Perth Stadium. Check out the England’s full ICC T20 World Cup 2022 schedule below:

Afghanistan who struggles to win their maiden trophy will play their first match of the tournament against England on October 22 in Perth Stadium. Check out Afghanistan’s full ICC T20 World Cup 2022 schedule below:

The T20 World Cup inaugural edition winners – India will play their first match of the tournament against their arch-rival Paksitan on October 23 in MCG, Melbourne. Check out India’s ICC T20 World Cup 2022 schedule below:

Bangladesh will play their first match against Netherlands(the second team to qualify in Group B) on October 24 in Bellerive Oval, Hobart. Check out Bangladesh’s full ICC T20 World Cup 2022 schedule below:

The first-ever T20 world cup was hosted by India where the hosts took the maiden trophy under Indian former skipper MS Dhoni’s captaincy. Look at the T20 WC winner’s list till date:

Star Sports have the official broadcasting rights of T20 World Cup 2022 while Hotstar+Disney has the online streaming rights in India and its subcontinents. Alternate TV broadcasters and Online streaming platforms were partnered by Star Sports for the countries where these two can’t provide the service

Can we watch 2022 T20 World Cup live for free? Here we will discuss the possibilities of such cases:

Apart from subscribing to Disney+Hotstar Indian telecommunication service providers made some additional compliments in their recharge pack which allows us to view the Hotstar contents. Check out the following details to watch T20 World Cup 2022 live for free:

Airtel offers combos that come bundled with Disney Plus Hotstar VIP subscription, using which you can watch T20 World Cup 2022 matches live on your mobile.

Check out the Airtel plans that come bundled with Disney Plus Hotstar VIP subscription for live streaming the T20 World Cup 2022 edition on your smart TV, mobile or laptop.

Sky Sports have the right in the United Kingdom(UK) to telecast the upcoming T20 World Cup Live. 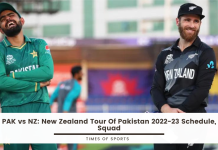