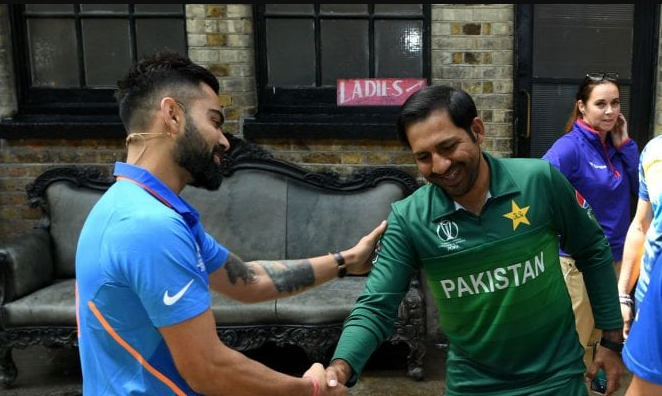 Former Pakistan captain Sarfaraz Ahmed has a clear pick when it comes to the world’s current best batsman – India captain Virat Kohli who has a 50-plus average across formats.

While Sarfaraz is impressed with Rohit Sharma’s timing, Kohli is the No. 1 batsman for him and he’s unreachable.

“In today’s time, there should be no doubt, it is Virat Kohli who’s the world’s number 1 batsman,” Sarfaraz told CricTracker. “But, as I have told you before that when I have been behind the wicket, I have felt that although Rohit Sharma does not have that many runs in Test matches, the timing that he has is great. But the number one player in the world is definitely Virat Kohli. Nobody can match him.”

Sarfaraz recently made his international return after being named in Pakistan’s 29-man squad for the England tour. He steadily lost favour with the national selectors following his slump in form and captaincy failures.

However, the initial period of his reign saw Pakistan becoming the world’s top-ranked T20I team as they won 11 T20I series in a row apart from beating arch-rivals India in the 2017 ICC Champions Trophy final.

“In 2016, I became captain for the first time and I had a lot of young boys with me, I had only one senior player and in between (Mohammad) Hafeez bhai joined but unfortunately left soon. In my team, there were young boys and you know, you have played so many T20 matches, the same amount I have played too. In the last 10 to 12 years, you have made at least two teams with 27-28 players. T20 cricket happens in Dubai and how fast it goes I have seen and experienced it,” the 32-year-old said. 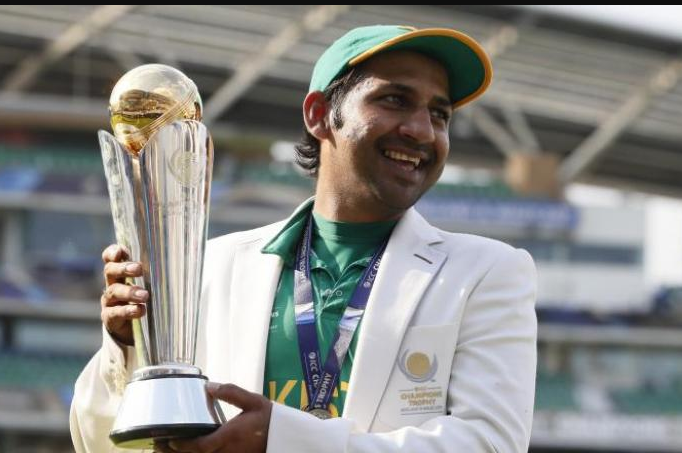 “In T20 cricket, the point is that you play and win with young players the important part was our fielding. We won many matches that we were about to lose because of our fielding. You can bat and bowl, but for me, as a captain, I feel the main factor behind our success was our fielding,” he added.

He also rued the absence of bilateral cricket tournaments between India and Pakistan recalling the time when the players of the two teams used to eat together.

“I have even seen scenes when I have also seen players from both countries sit together and eat. But now, unfortunately, it is a scenario where-in we are not able to play matches, but I hope the situation improves and India and Pakistan are able to play cricket the way they used to,” the wicketkeeper-batsman said.