Harsha Bhogle is the name that comes into everyone’s mind when one thinks about world-class cricket commentators. Bhogle started commentating at the age of 19 with All India Radio. Here we wrote about Harsha Bhogle biography, which will keep you interesting throughout the read.

As a turn in his carrier, Harsha Bhogle becomes the first Indian commentator to get invited by the Australian Broadcasting Corporation during India’s tour of Australia just before the 1992 world cup.

In the year of 1992, Harsha Bhogle was rated as a “sexiest voice on the radio” on a poll and some independent websites announced him as the number one commentator for that particular season.

Till date, Harsha Bhogle remains as one of the best cricket commentators who brings an on-field presence for the Television viewers.

With a non-cricket background family, Harsha Bhogle becomes an elite member of the cricket Commentator panel. Harsha Bhogle is the son of A.D Bhogle and Shalini Bhogle who were working as Psychology professors.

After his education, he joined an advertising agency and worked there for two years, and moved to a sports management company. Harsha Bhogle is married to Anita, his classmate from IIM-A on 3rd November 1985.

Bhogle being an extraordinary cricket commentator receives praises from various cricket players as well as from sports media groups. Following are some of the famous quotes over Bhogle: 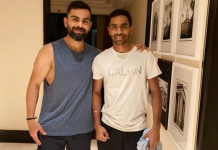 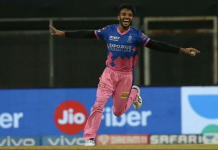