The Board of Control for Cricket in India (BCCI) has decided to include players with 10 T20I matches in its Central Contracts. The move comes with T20 cricket getting more and more popular with each tournament and series across the world.

As per a report in The IE, the BCCI has introduced a change in the regulations as far as the Central Contract system is concerned. Earlier, the proposal to consider players with T20I caps was made during the tenure of the Committee of Administrator tenure before it was turned down.

Thus far, only players with a minimum of three Tests or seven ODIs in a year were eligible for Central Contracts.

“The board has decided to change the old clause and add a new one where a player who’s played a minimum of ten T20 games in a year can be given a central contract. In the new contract signed by players, this clause was included. If there’s any specialist T20 player, he should not be deprived of a central contract because his specialty is the shortest format,” a source told The Indian Express.

In 2019, Washington Sundar was awarded a Central Contract despite him playing only T20I cricket for India so far in his career. However, this year many more players could be rewarded.

The Central Contract system of the BCCI has four categories. A+ gets 7 crores, A gets 5 crores, B gets 3 crores and C gets 1 crore. The ace players playing all the formats are the ones who get A+ category.

BCCI’s Annual Player Contracts list for Team India (Senior Men) for the period from October 2019 to September 2020 as follows.

Players to Hit Six Sixes in a Over – ODI, T20I and Domestic Cricket, WATCH 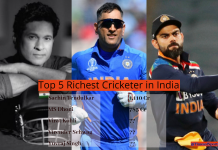